A Homecoming Evening With Some Former Kentucky Wildcats

A Homecoming Evening With Some Former Kentucky Wildcats 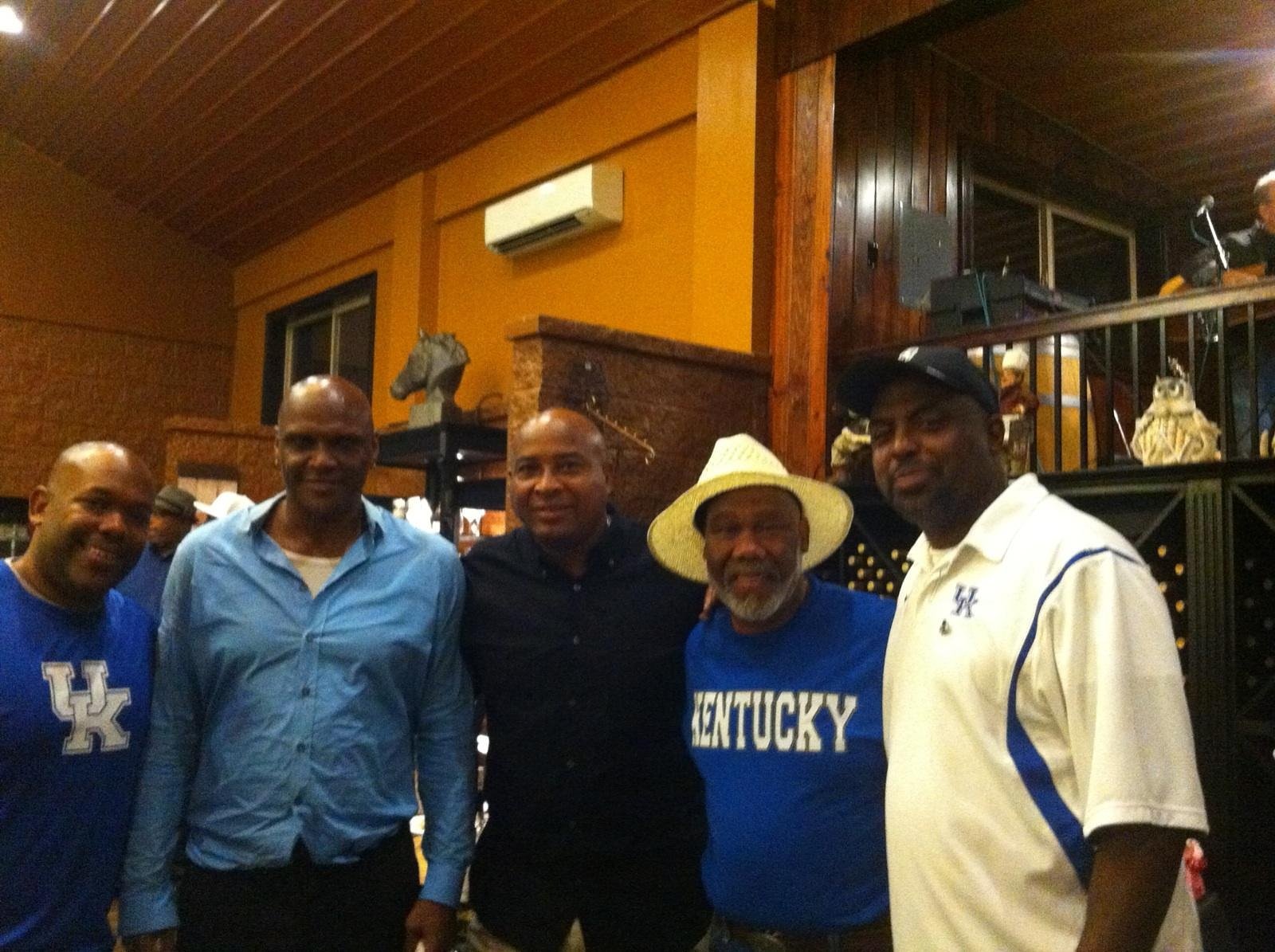 Homecoming is always a fun time on any college campus and it’s no different for the Kentucky Wildcats. Alumni, former players, coaches, cheerleaders all return to Lexington to catch up, reminisce and enjoy one another’s company.

It was a bit surprising, to say the least, when I saw that I had received an invitation to some of the homecoming festivities.

That invitation came from none other than Sonny Collins, UK’s all time leading rusher (3,835 yards, 26 touchdowns). Me?? Surely Sonny meant to extend this invitation to someone else, right? Sure enough, I reread my Facebook message again to be sure and reaffirm that the invitation to spend the evening at Prodigy Vineyards and Winery in Frankfort, KY was indeed intended for me.

Sonny and former UK quarterback Derrick Ramsey were gracious enough to be guests on my little radio show a few months back. My dad even called in to reminisce about their time at UK. It was nice to be able to attend the event with my dad and meet some guys that I only spoken with over the phone, and nice for my dad to meet players that he watched play their entire careers.

It was great to be able to meet and interact with so many former players and watch them laugh and joke around with each other.

Sonny talked with us about the times he spent with NFL legends Gayle Sayers and Jim Brown. Like my father, Sonny is an avid motorcycle rider. They talked about getting together and getting some riding in. Former UK tight end Oliver White and defensive back Kerry Baird were great guys and both have ties to my native Harlan County, KY.

There was even a former Louisville Cardinal in attendance and everyone was cool with it.

Frank Minnifield was also kind enough to come on the radio show a little while back. Although he went to Louisville it is apparent that his heart is still firmly in his hometown of Lexington, KY.

We talked with Marc Logan about his time at UK as well as the NFL and some of the endorsement deals he had as a pro. It was a fun conversation.

It was cool chatting with Fred Bishop, a native of Pineville, KY, about the games he played against Harlan, Cumberland and Lynch when he was in high school and how he lived up to the hype as a kid from the mountains that went on to play for UK.

Former right tackle Warren Bryant was one of the players that we weren’t able to see. He was set to arrive in Lexington the day after (Friday evening) this event took place. We were able to meet his mother and she is the sweetest lady that you will ever meet.

There were several other players there as well. There were some that I wasn’t able to get a picture of and others where the picture just didn’t turn out too well. I have never claimed to have a photography game that’s on point.

It was a really fun evening and I honored and fortunate to have been a part of it. Thanks again to Sonny Collins and Prodigy Vineyards and Winery for making it all possible.

This site uses Akismet to reduce spam. Learn how your comment data is processed.